The Martha’s Vineyard Peace Council has called for a standout at Five Corners at 11 a.m. on Saturday, June 30, to oppose the Trump administration’s policy of separating children from their asylum-seeking parents at the southern border. All welcome — bring signs! 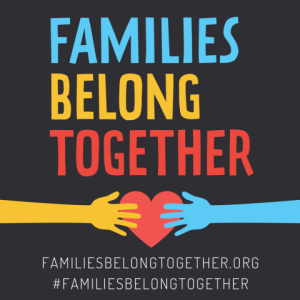 A national “Families Belong Together” march on Washington has been called for June 30 by MoveOn.org and many other organizations to protest the inhumane treatment of immigrants, many of whom are fleeing terrible violence in their home countries. Hundreds of local rallies have been called in communities across the country. If you’re not on the Vineyard, you can find the ones nearest you on the MoveOn.org website.

Immigration law is complex, and so is the history of enforcement. The continual and contradictory misinformation put out by the Trump administration makes it hard to grasp all the ways that what’s going on now is a radical departure from what previous administrations have done. If you Google fact check immigration policy Trump or similar keywords, you’ll find a wealth of reliable reporting and commentary, but I found this one, Salvador Rizzo’s “The Facts About Trump’s Policy of Separating Families at the Border,” from the Washington Post, particularly useful.

And did you know that if you’re on Martha’s Vineyard, you’re in the 100-mile “border zone,” within which the Border Patrol can stop anyone on the slightest suspicion and check their immigration status? How slight is “slight”? Well, a woman in Montana was stopped because she was speaking Spanish.

This border zone extends 100 miles not only from the Canadian and Mexican borders but from both the east and west coasts.

Here is the ACLU’s fact sheet on the subject.

And here is a “know your rights” chart when dealing with the Border Patrol. It was prepared by the Arizona chapter of the ACLU.

This site uses Akismet to reduce spam. Learn how your comment data is processed.